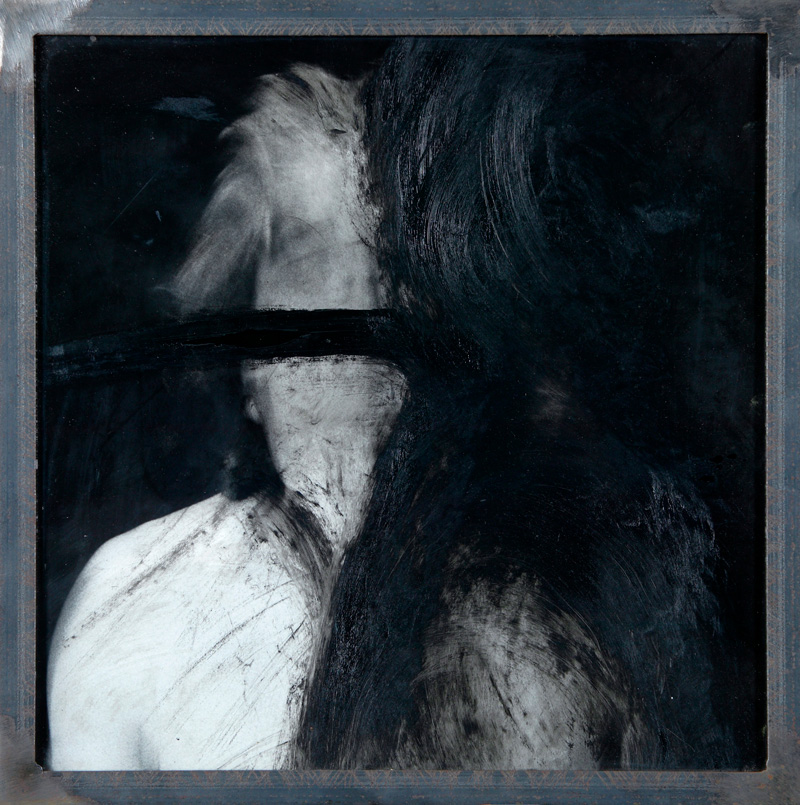 Torsten Warmuth (b. 1968) lives and works in Berlin. He studied mathematics and completed his doctorate in 1995. Yet he decided against a university career and started two years of work experience assisting an industrial and architectural photographer at Salzmann Factory in Kassel.

There he met artist Eugen Wolf, and this encounter had a significant influence on his future artistic expression. Warmuth works using photographic means, but he has rejected the function of photography as reproduction from the very beginning, following his own experimental approach. He takes negatives as the basis for his works, but deliberately alters them through manipulation (double exposure, sandwich process, moving camera, destructive interventions, processes of chance etc.), so that novel, highly individual images emerge; these have totally abandoned the specifications of the classic negative and thus any reproduction of reality.

Many of Torsten Warmuth’s images are produced after work stays in metropolises such as New York, Paris, Berlin, Buenos Aires, Lisbon and Cairo. Like the great flȃneurs of the past century, he understands urban space as modernity’s extreme – as the place where customary patterns of order and perception dissipated long ago.

The principle of associations, fragmentary memories and perceptions, as well as the inseparable nature of reality and fiction have been gaining more and more significance in TW’s later works. This is expressed stylistically above all in the increasing abstraction of his images.

Another trip to New York takes place in 2018, and leads to a lasting change in Torsten Warmuth’s method of artistic expression. From now on, Warmuth experiments more and more freely with found objects and fragments – objects, surfaces, industrial scrap, figures etc. –, which he digitalizes and archives systematically using a camera or scanner. He utilises this “raw material” as a DJ handles his samples; he creates collages and décollage works, painting over and scraping, drawing and erasing. Even more consistently than before, he uses the fragments to compose abstract-figurative images.