The Catchbox, 2019. Installation with toy cars and batteries in mouse traps. 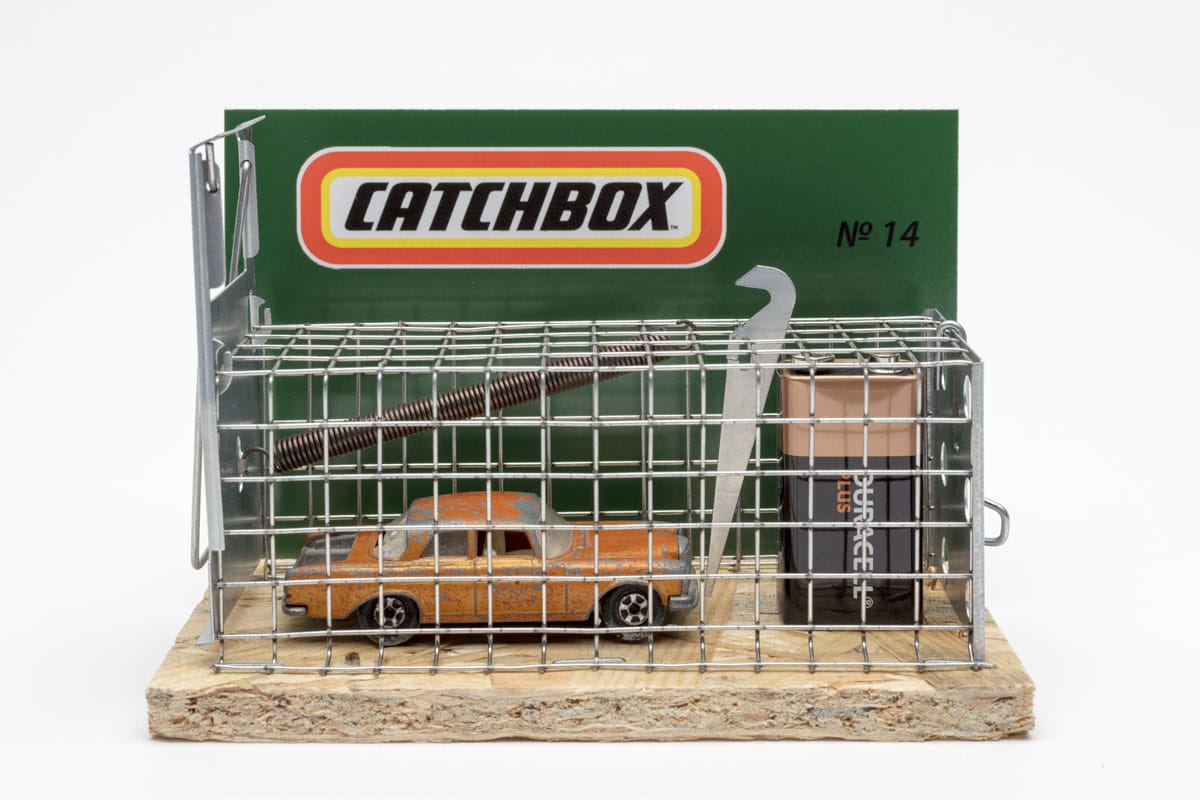 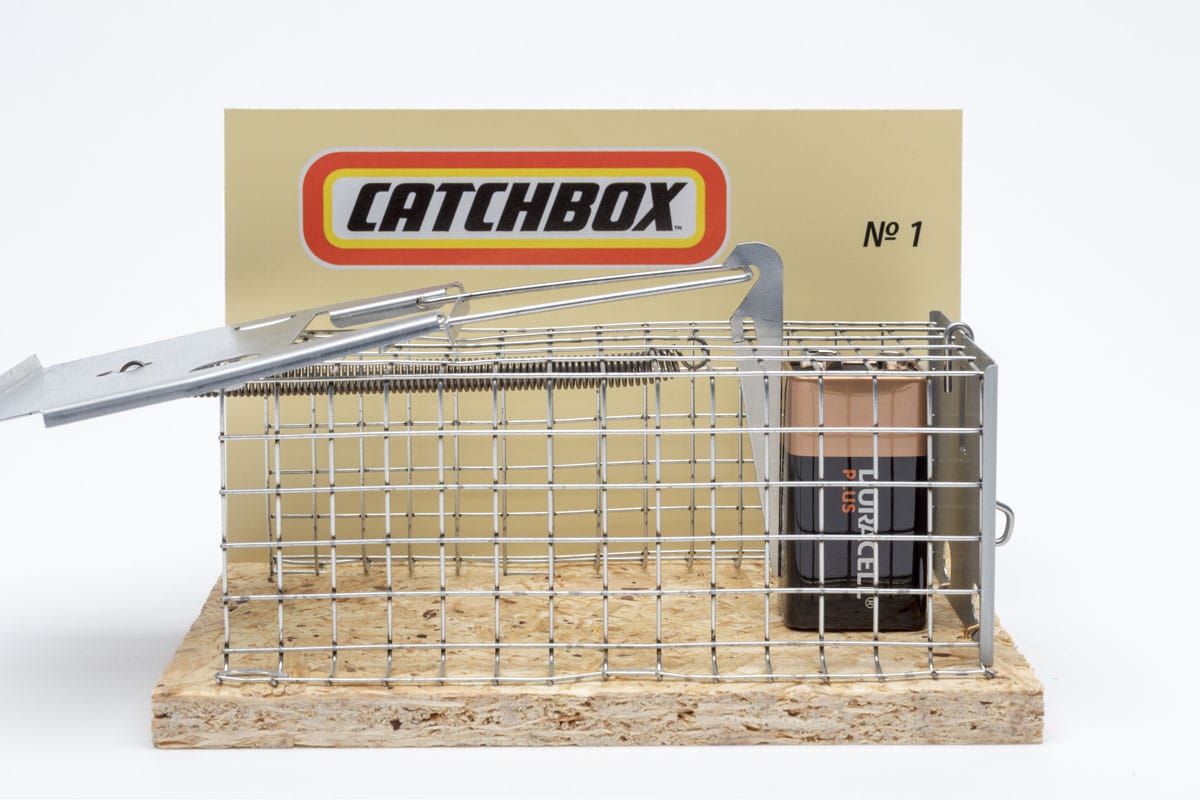 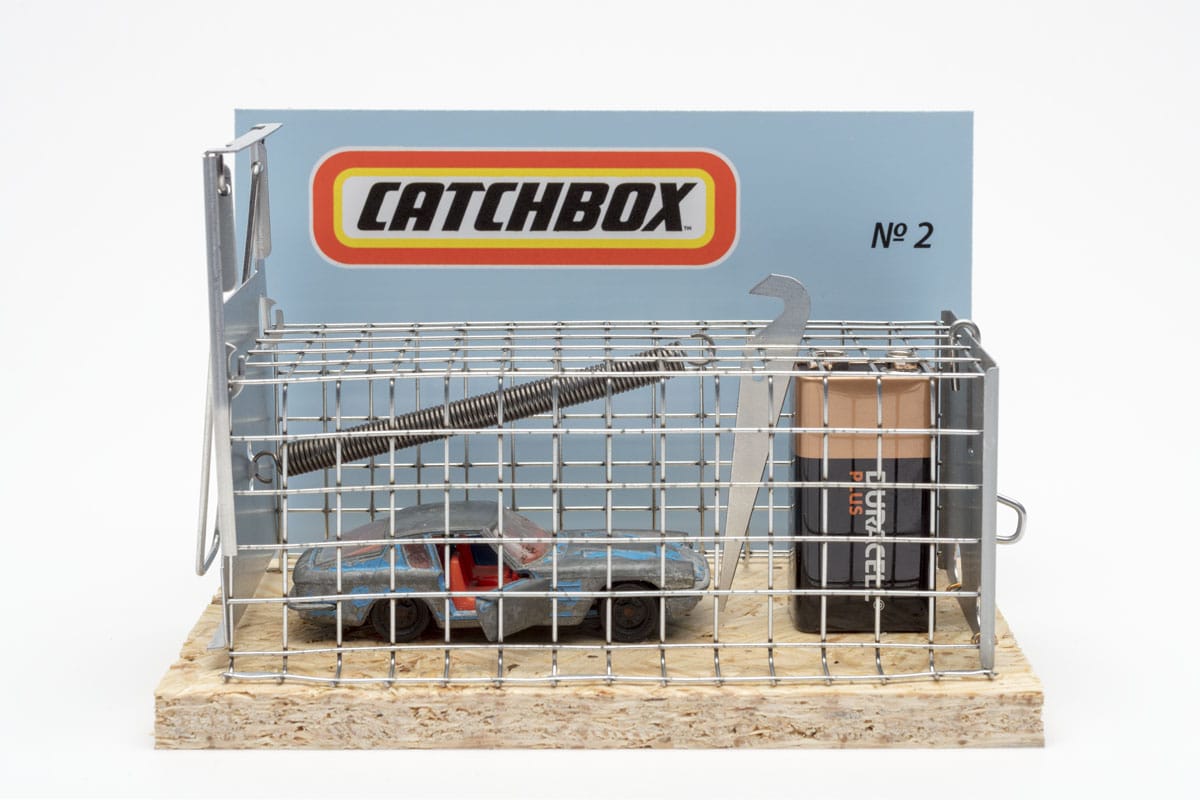 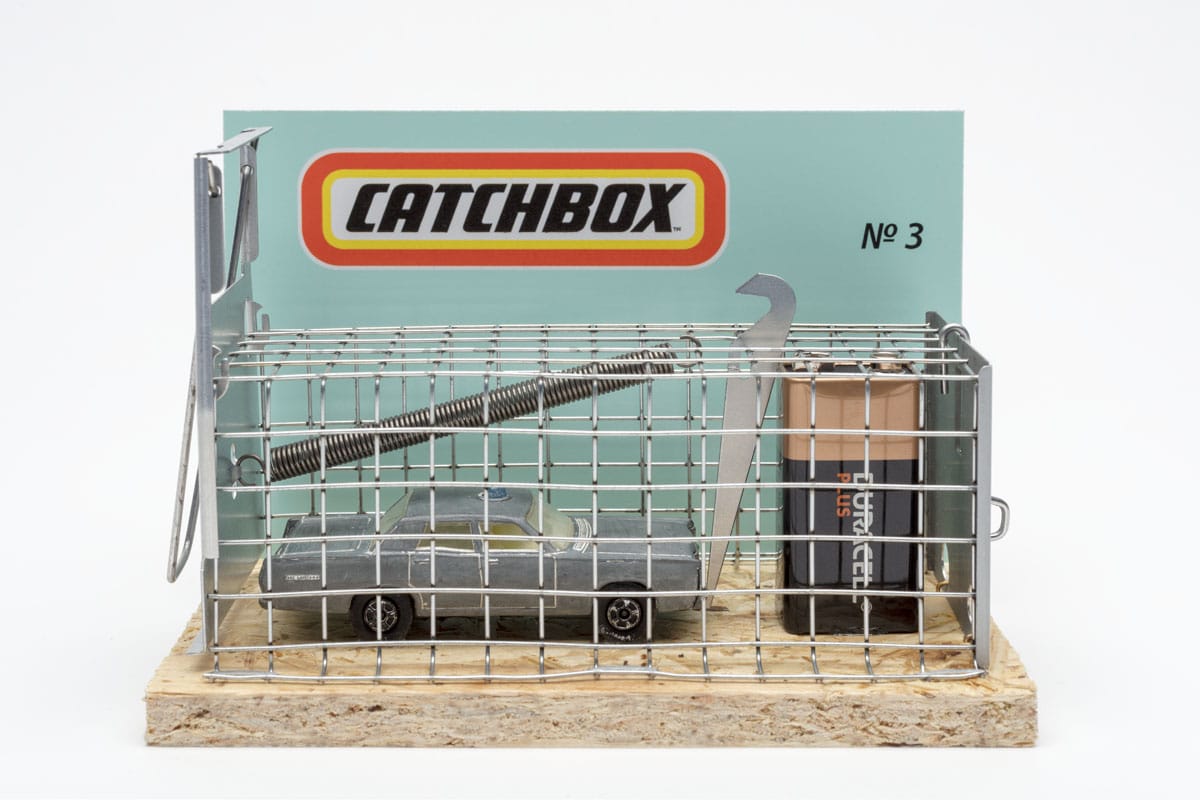 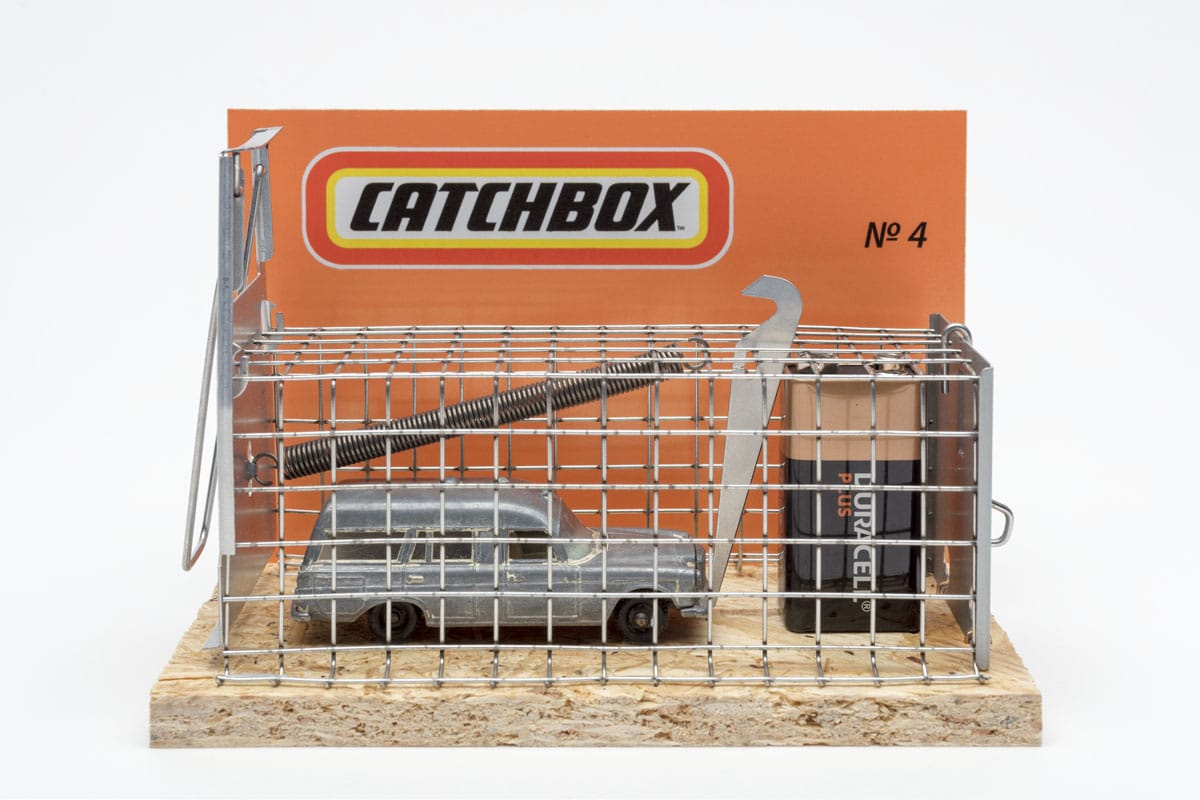 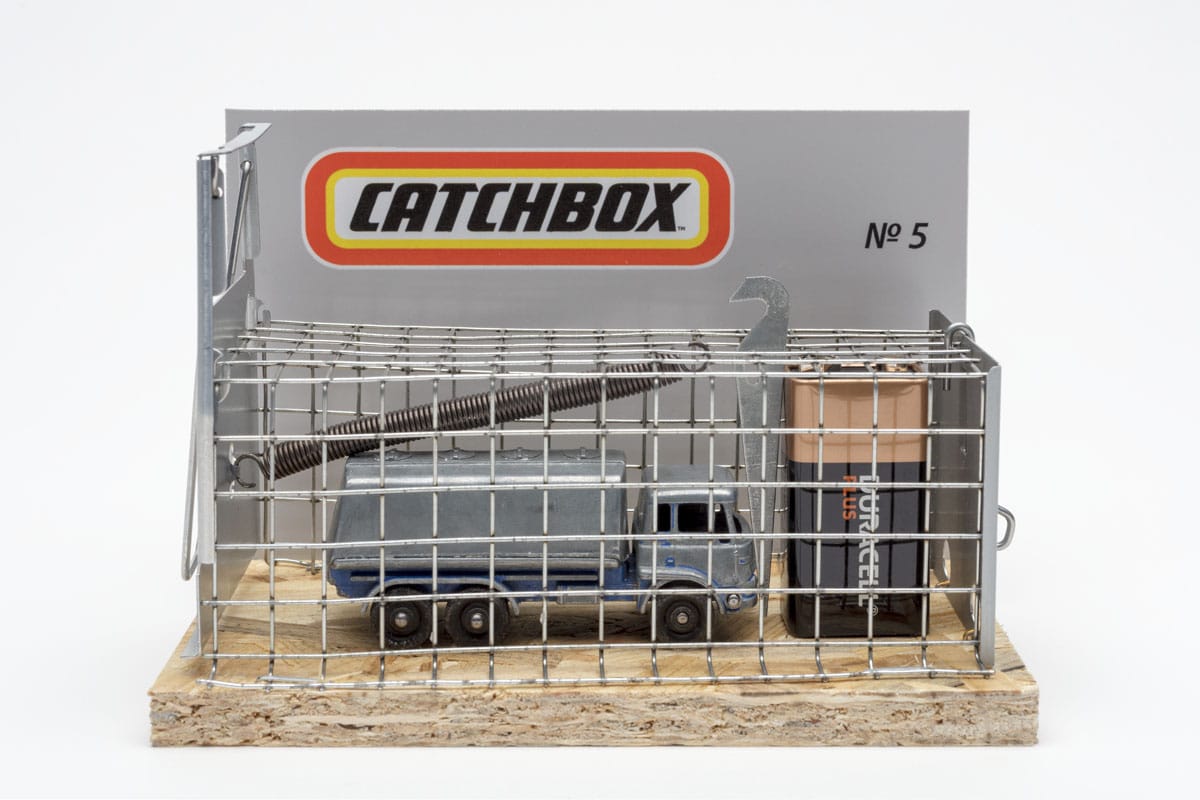 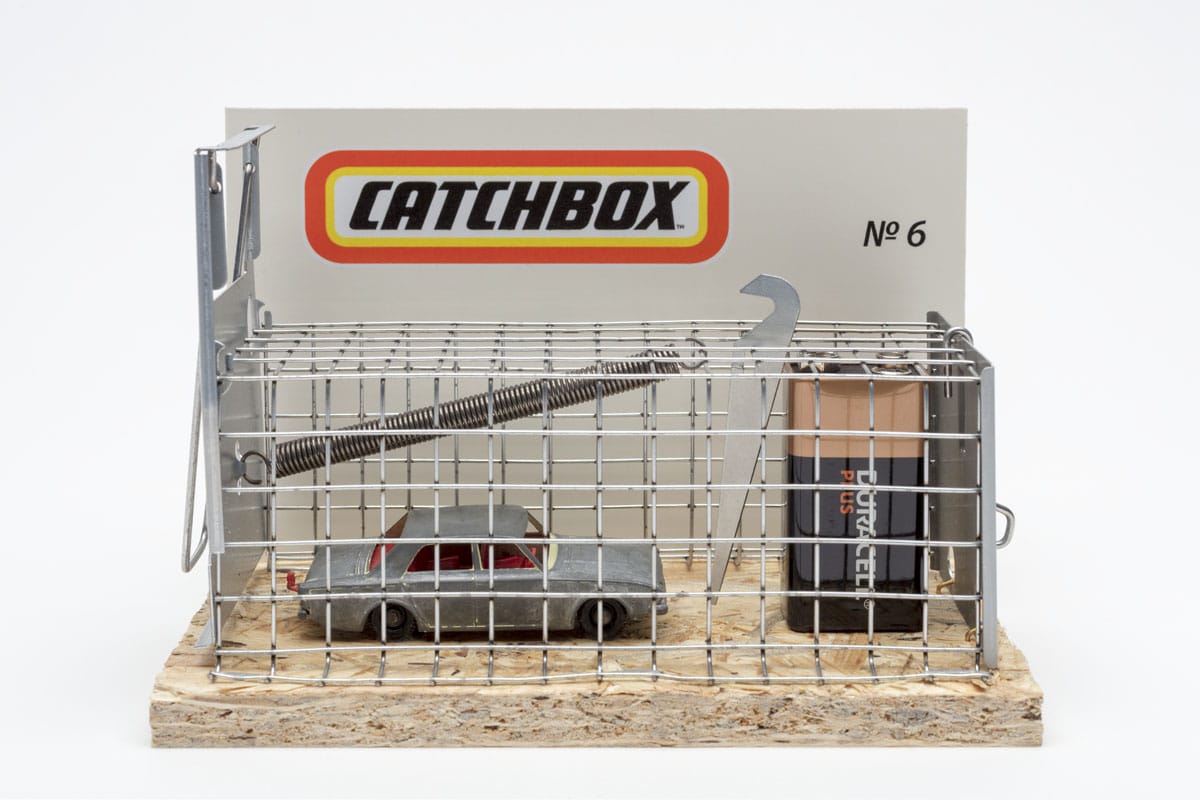 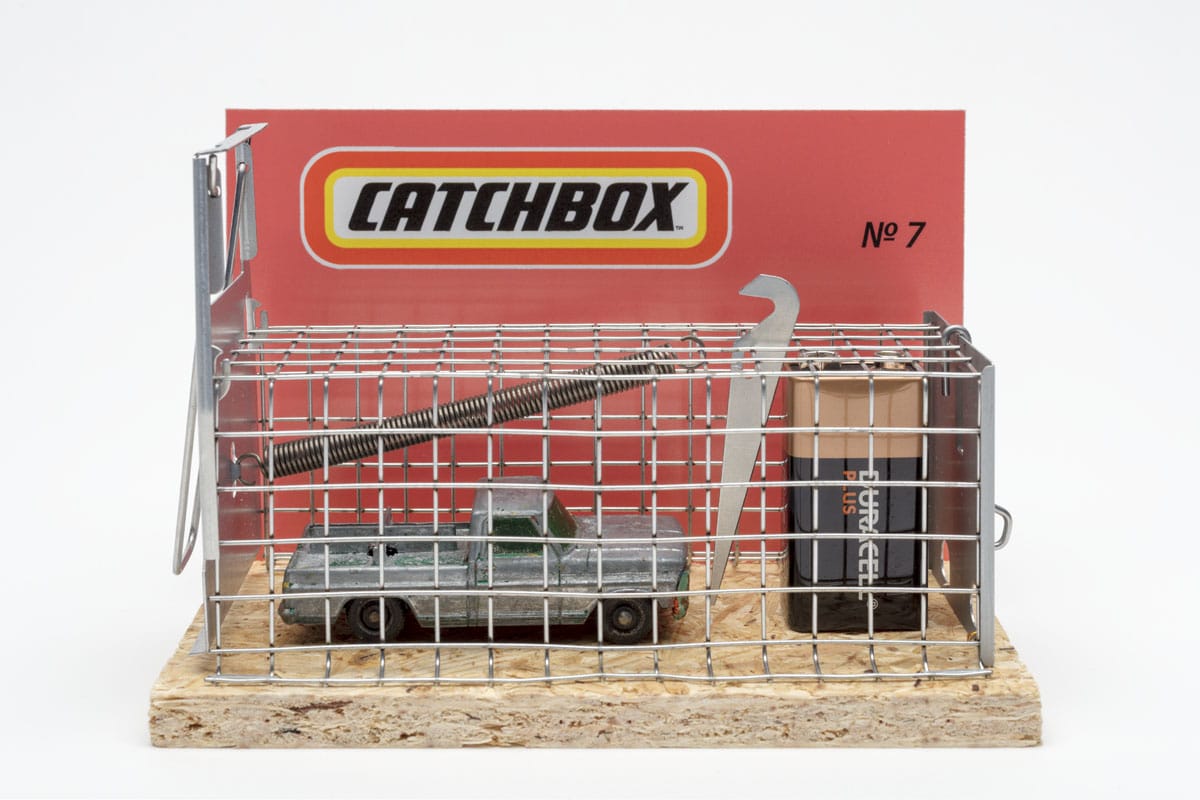 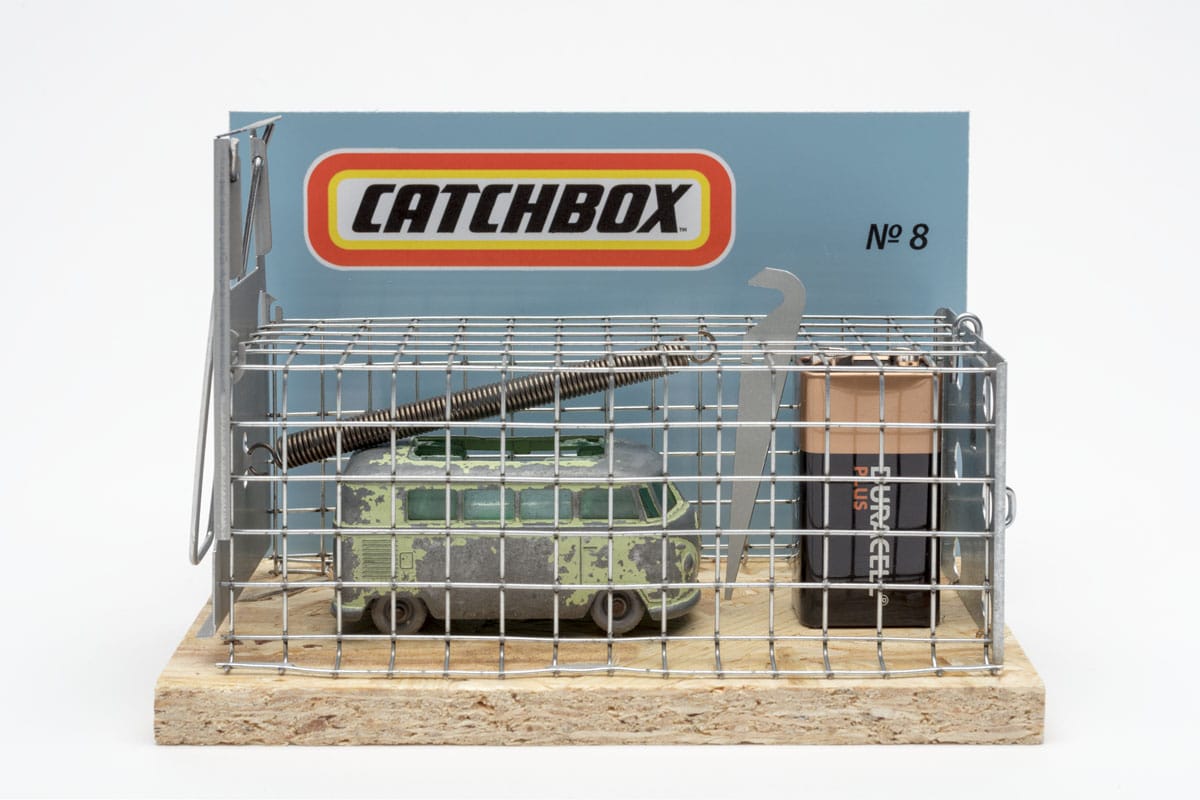 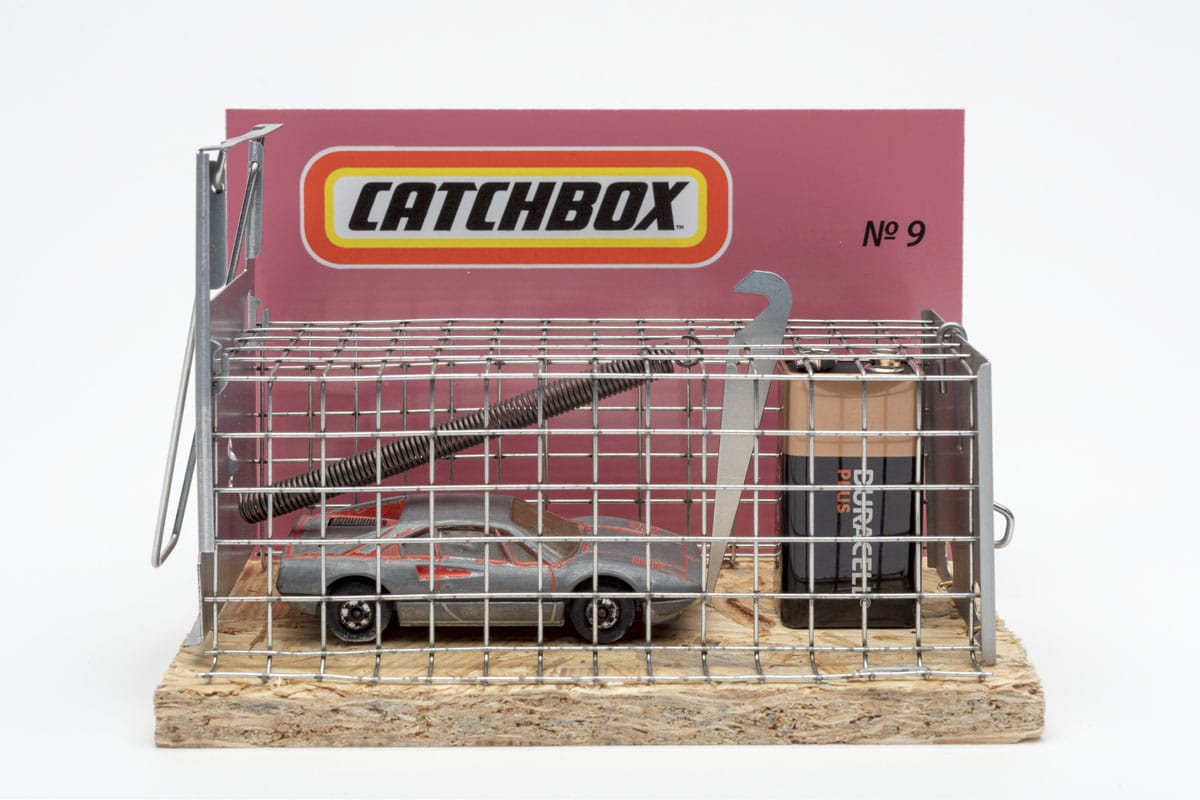 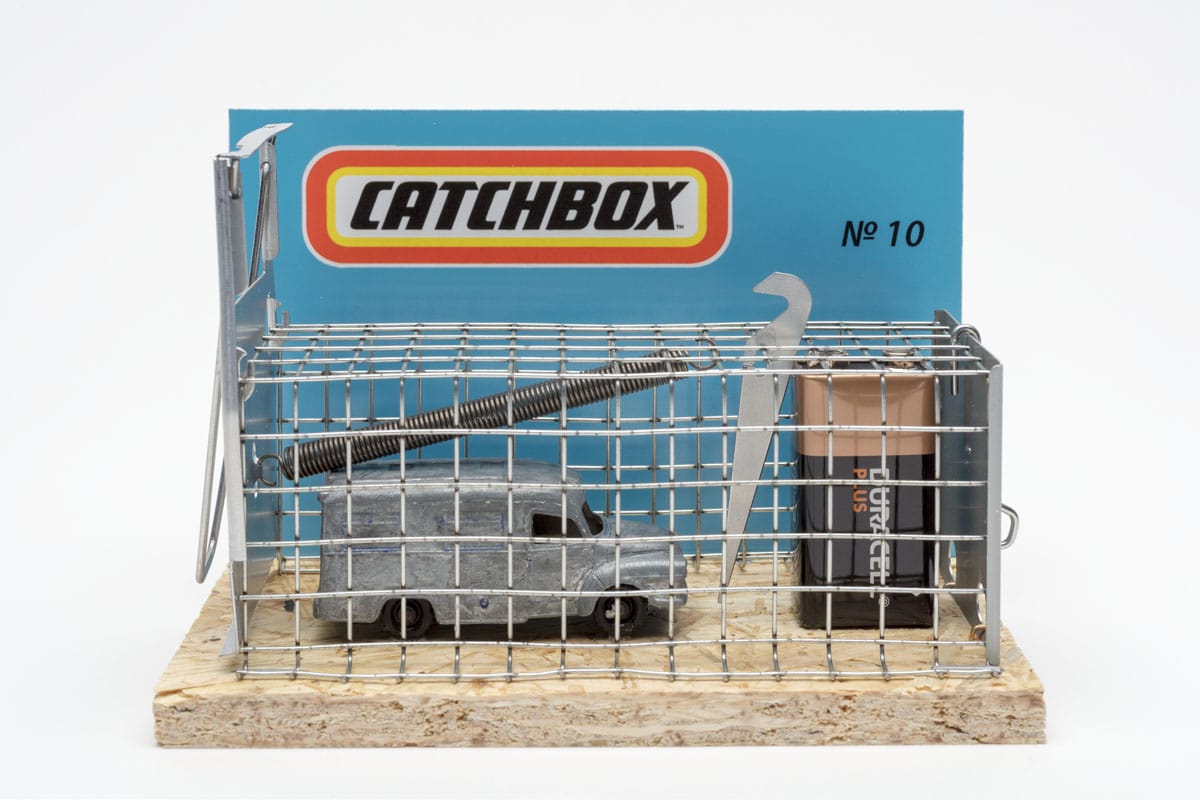 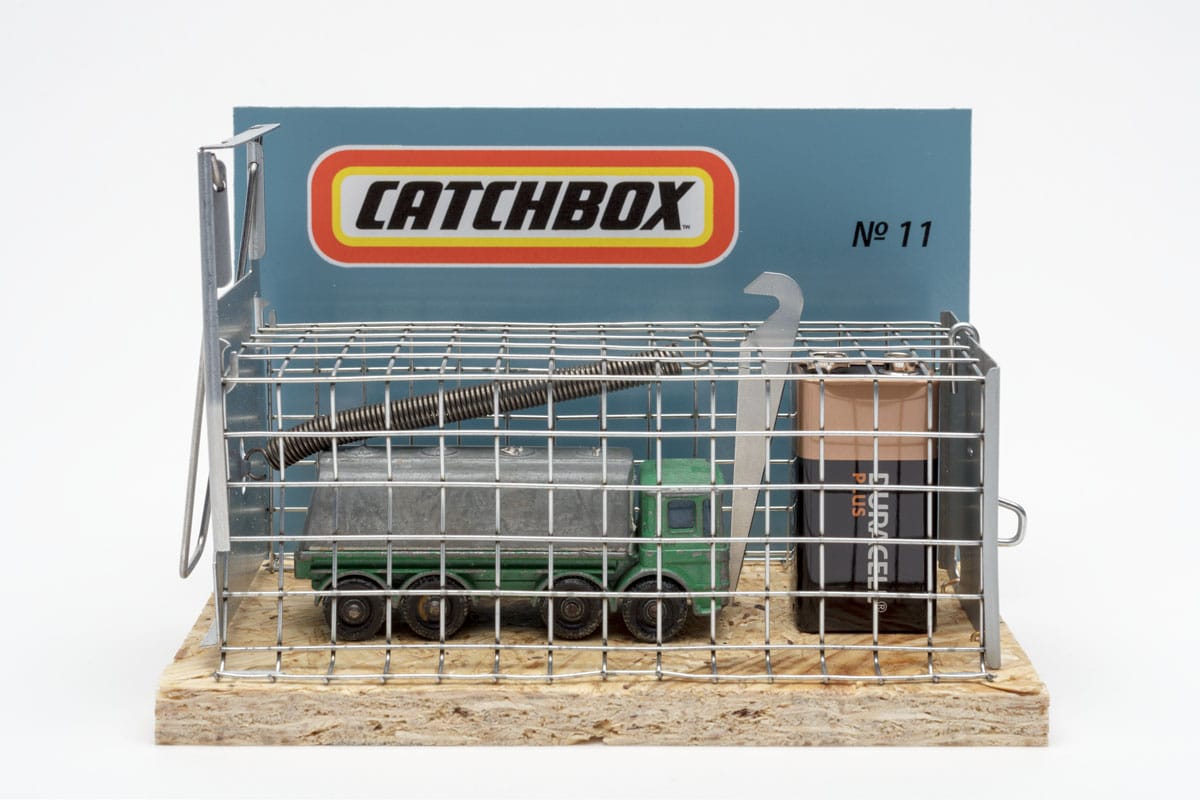 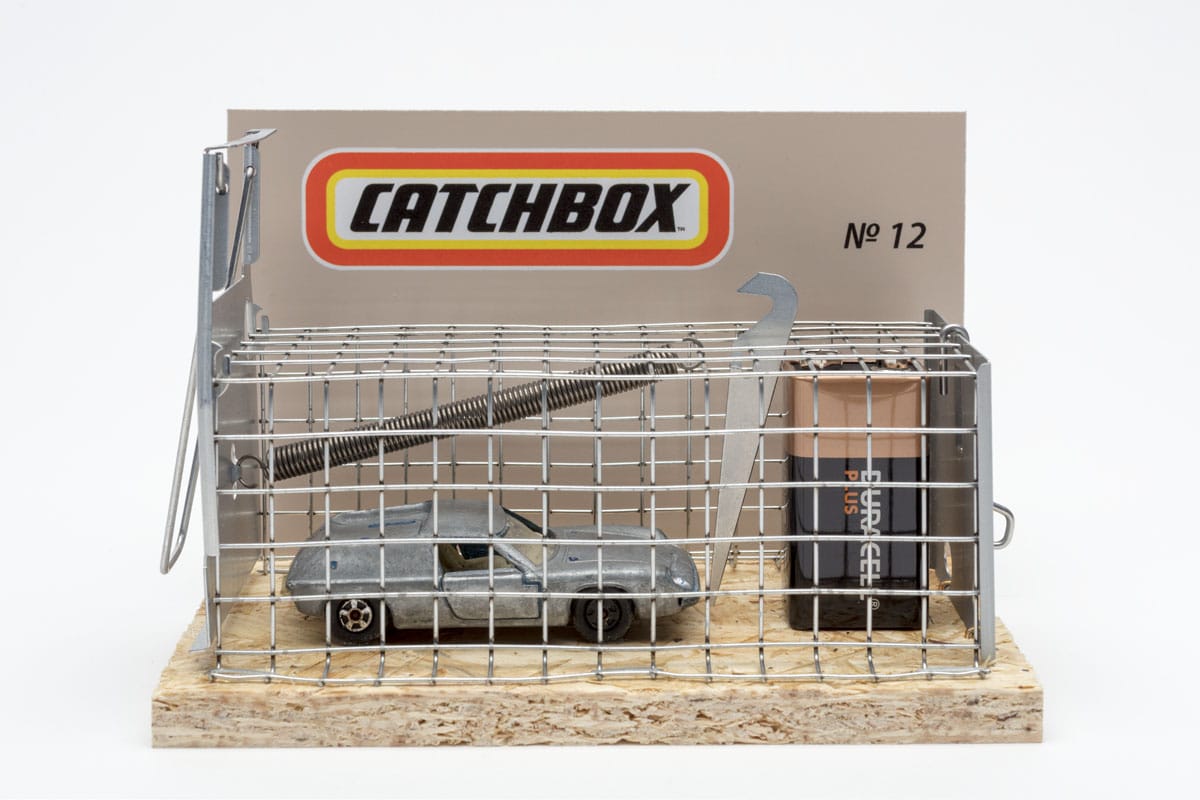 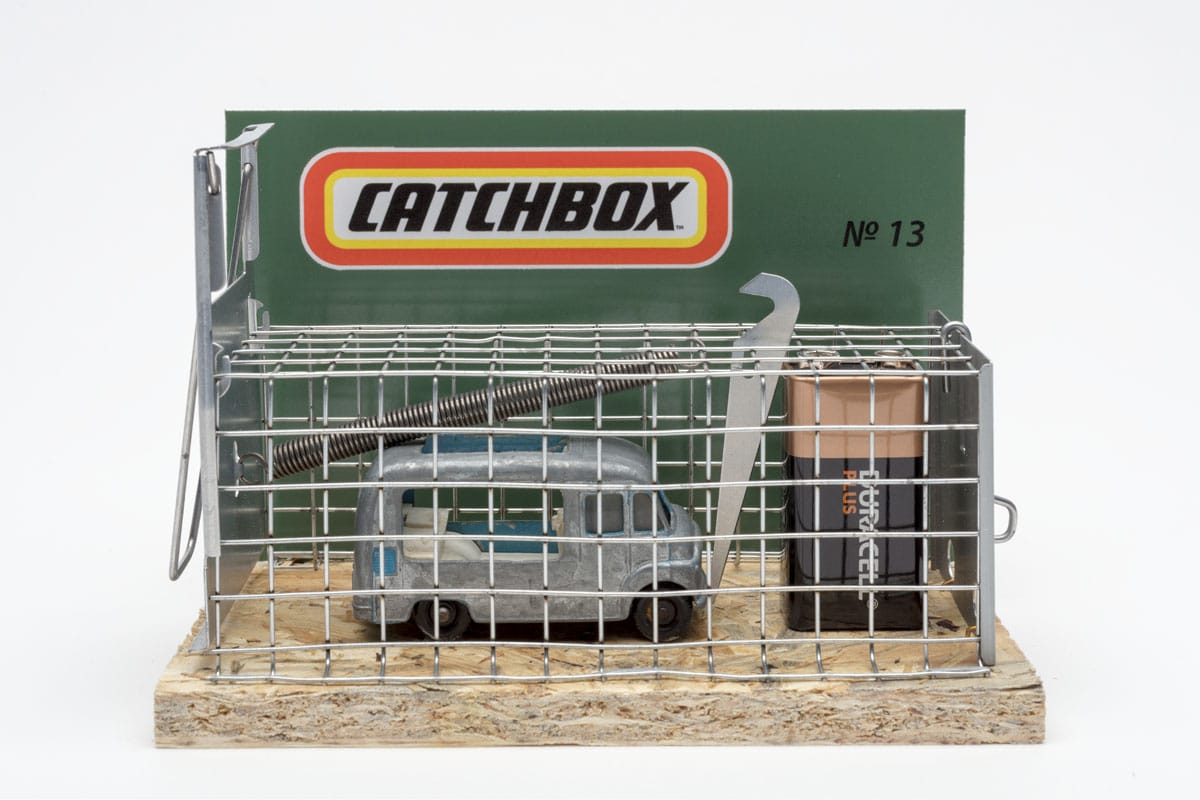 The Silence Beyond – A Radical Gesture, 2014

In recent years Torsten Warmuth has been collecting old cameras; not to display them in a glass cabinet, but to drive over them: in a fully-loaded, 26-ton truck – individually, clamped between two centimetre-thick steel sheets. He is now presenting the assembled fragments of this action as wall-mounted objects.

It would be far too simple to interpret this radical gesture by the artist as a mere pointer to the end of analog photography – rather, it is the expression of his ever-existing doubt in photography as the bearer of reality, in the so frequently evoked “decisive moment”. [Deutsch]

The seemingly never-ending waterside promenade along Kordon is a popular place to linger, for both the residents of Izmir and visitors to the Turkish metropolis. At the opposite side of this buzzing boardwalk, an infinite, faceless row of steel and concrete facades extends into the distance.

Using his large-format camera (6 x 12 cm), Torsten Warmuth first photographed a spontaneous, unobserved series of people on this waterside promenade. Averting their gaze from the sea as a rule, those photographed seem to merge into the surface of the water behind them; no horizon or sky is visible. The second series is a planned sequence, focusing on the architectural stereotyping of the facades, the wearying tide of which is broken only by small cross streets and a few buildings surviving from a past age. But Torsten Warmuth’s concept of the image is not determined by the criteria of life or street photography, or indeed of architectural photography. Blurring and a lack of definition characterise his images. In this sense, he pursues ideas that are very much his own, ideas directed against the reproductive conventions of photography to some degree. For nothing is still. Should not be made to stand still. Space and time flow permanently. This is true of people’s lives, but equally of the architecture, which is subject to constant changes as the result of destruction, decay and demolition, and experiences reconstruction or new building.

In his installation Warmuth brings together these two spheres, the human and the architectural, in a stimulating way. He projects his panorama shots – mounted adjacently and in simultaneous sequences – onto the interior walls of the former German Consulate General, a setting that he has chosen consciously, thus making it into a key aspect of the visual projection. In this way, the viewer is able to grasp references which are denied to him at the actual place of events.